Nigeria: Musician attacked during a concert

Unknown individuals threw stones and bottles towards musician Teni during her concert.

Music
Turkey: Musician sentenced to one year and six months in prison for ‘doing propaganda for a terrorist organisation’ in his songs

Turkey: Musician sentenced to one year and six months in prison for ‘doing propaganda for a terrorist organisation’ in his songs

Kurdish musician Veysi Ermiş was sentenced to one year and six months of imprisonment for "doing propaganda for a terrorist organisation" in his songs.

Kenya: Comedian detained over allegedly ‘creating a disturbance’ during a protest

Kenya: Comedian detained over allegedly ‘creating a disturbance’ during a protest

Kenya Police Force arrested comedian Eric Omondi and released him later that day over allegedly “creating a disturbance” during a protest demanding more airtime and equal pay and opportunities for Kenyan artists.

I was pleased to be a part of the online cultural exchange and public dialogue on artistic freedom in Lebanon held by Freemuse and ESA Business School, as a receiver of the #smallchanges mini-grant from Freemuse for my project "Free Music Education For All"
in which I presented my project and take a part in the panel discussion.
The event took place on 24 November 2021 at 15:00 – 17:00 CET online.
The open dialogue aimed to define problems artists and cultural workers face and identify possible solutions, suggestions, and related stakeholders. ... See MoreSee Less

Six months ago, on July 11, Cuba experienced a historic day with protests in more than 50 locations. Cubans raised their voices, demanding freedom, economic reforms and access to basic rights such as health. The responded with strong repression: 1,320 people were arrested, including young people and children. Thus, Cuba became the largest prison in Latin America.

After being physically and psychologically tortured, political prisoners face up to 30 years in prison for protesting peacefully. Artists have not been an exception. The regime brutally condemns anyone who dares to think differently.

Luis Manuel Otero Alcántara is one of them: a visual artist in prison for six months, in inhumane conditions, without a trial date and on charges of disobedience, resistance, contempt, incitement to crime and public disorder.

We firmly ask the government, once again, for the freedom of all political prisoners on the island. If you want to know the work of the artists who face the government, we invite you to visit their latest exhibition: artspaces.kunstmatrix.com/en/exhibition/7785828/arte-en-resistencia

Could you see yourself at an international human rights organisation working with projects promoting artistic expression worldwide? We are currently looking for a skilled student assistant to support Freemuse's finance section.

Follow this link to apply and to read more about the job ➡️ freemuse.org/jobs/student-to-freemuse-freedom-of-artistic-expression-finance-section/

In August 2020, Yahaya was arrested, charged and sentenced to death for allegedly "hurting religious sentiments" by sharing a song on WhatsApp.

The Kano State High Court ordered a retrial in January 2021 because of procedural irregularities during the trial. Ten months later, Yahaya continues to be under arrest and could still face grave consequences for the charges that he is facing.

Yahaya has faced blatant violations of his right to life and liberty, including his right to freedom of artistic expression.

We'll continue to fight for his immediate release

The fifth hearing of the trial where the guerilla artist @_izinsiz faces “insulting the president” and “publicly degrading the Turkish national flag” charges is being held at İstanbul 20th Criminal Court of First Instance. We are monitoring the hearing.

#SOSCUBA: 2021, after #11J, was one of the most repressive years in #Cuban history. The island became the largest prison in #LatinAmerica. Many dissident artists today are #Political #Prisoners treated as criminals, tortured and humiliated.

The extradition case of @valtonyc could come to an end on 18 January. @Simonbekaert @Freemuse98 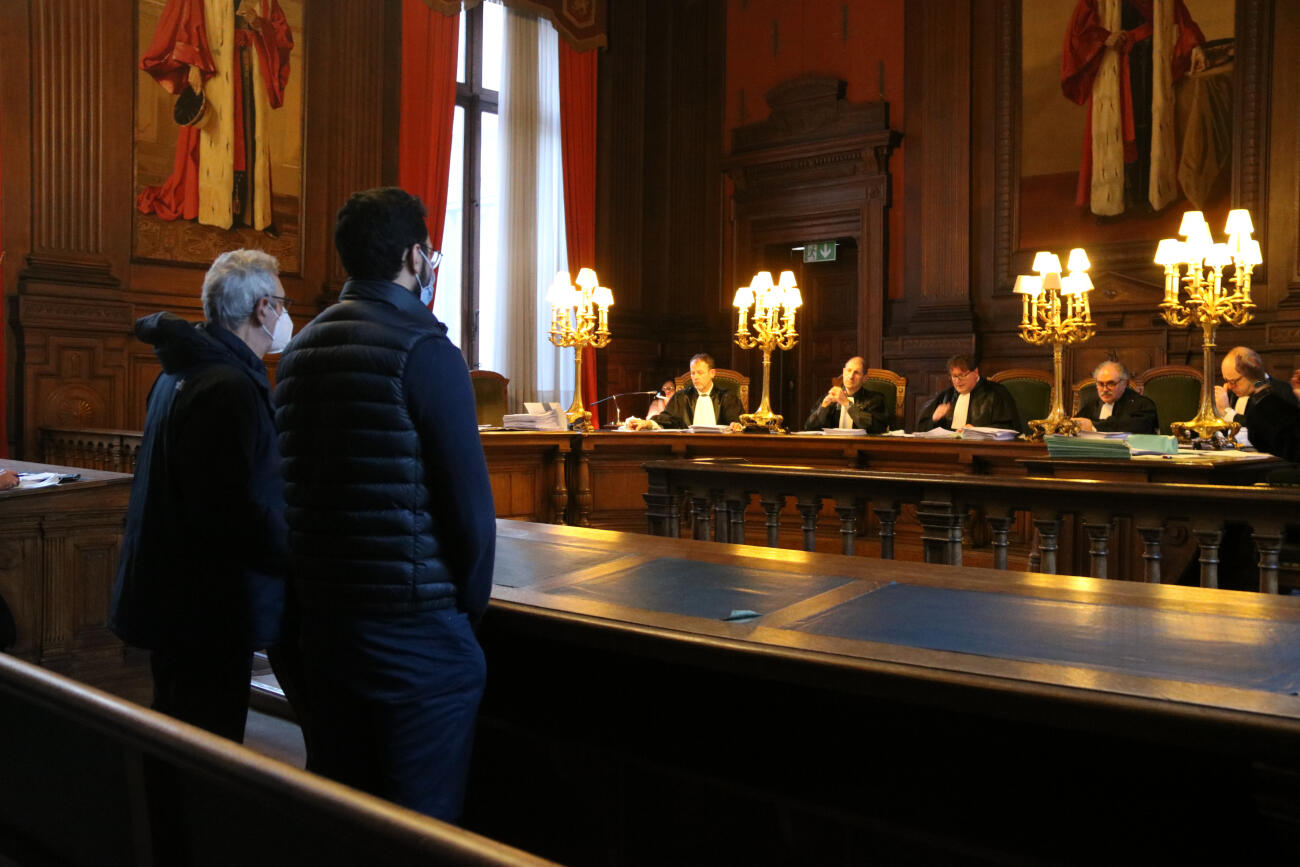 The Belgian court of appeals is set to rule on an appeal against the decision to not extradite to Spain Mallor...

Could you see yourself working with projects promoting artistic expression worldwide at a human rights organisation?
We are currently looking for a skilled student assistant to support Freemuse's finance section.
➡️ https://bit.ly/3t4wWws 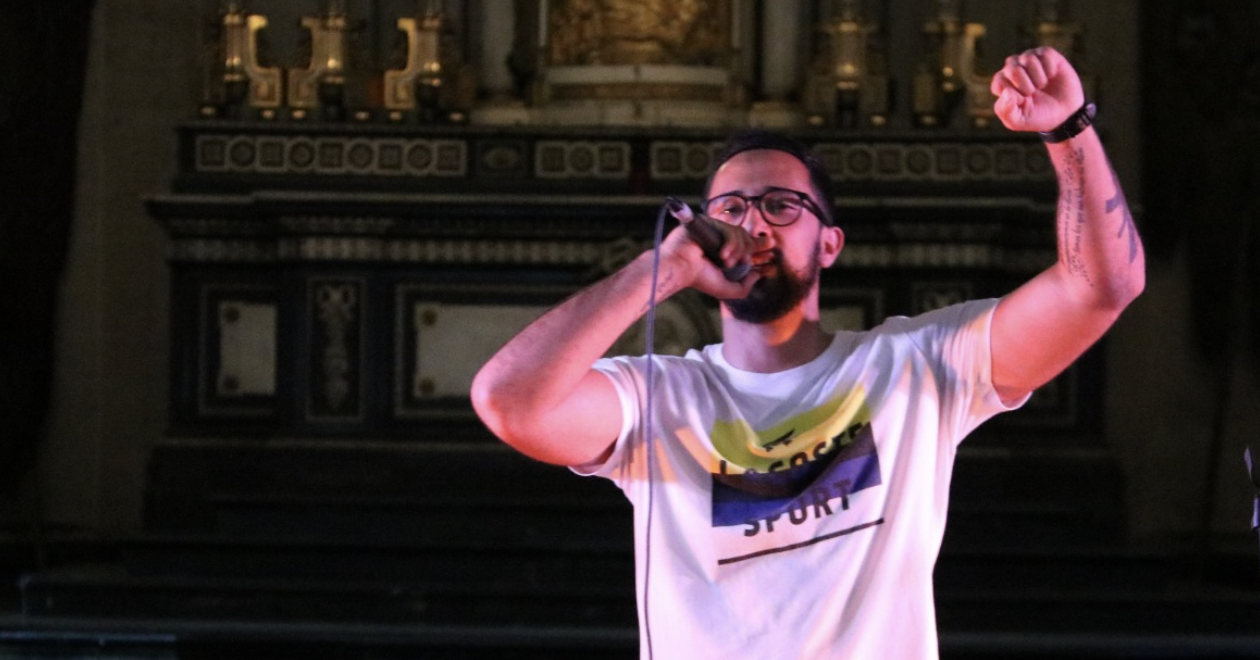 🇳🇬 #Nigerian #musician Yahaya Sharif-Aminu is still under #arrest for allegedly "hurting religious sentiments" when he shared a #song on #whatsapp. This constitutes a blatant #violation of his #righttolifeandliberty and #artisticfreedom. Read more ➡️ https://bit.ly/3I3bSvt 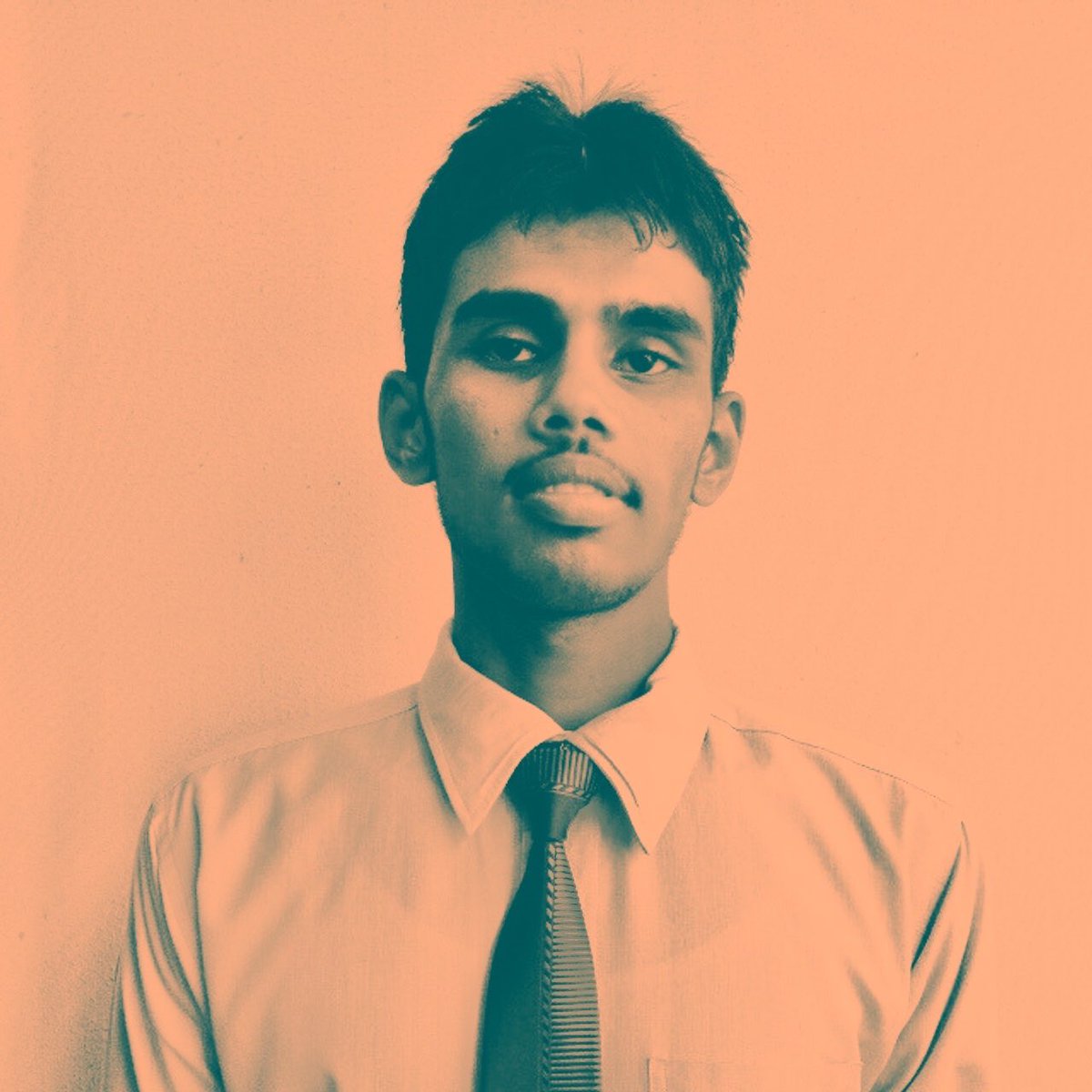 #AhnafJazeem (27), a #Muslim teacher arrested on 16 May 2020 under draconian Prevention of Terrorism Act (#PTA) was granted bail, today, by #Puttalam high court after being held for 19 months for publishing a #Tamil language poetry anthology. #SriLanka #RepealPTA

Watch the Open Dialogue and Cultural Exchange on #ArtisticFreedom and the State of Culture in #Lebanon, organised by Freemuse and @ESABeirut. It aimed to define problems #artists face and identify possible solutions. ⬇️

On 24 November 2021, Freemuse and ESA Business School held an online cultural exchange and public dialogue on “A...

🎨 GET TO KNOW THE #JORDANIAN PROJECTS SUPPORTED BY THE #SMALLCHANGESMINIGRANTS Stay tuned to follow the #artists and their works on this journey. We will be sharing the artists work progress and video logs here.
#SmallChangesProject #FreedomofArtisticExpression

On #HumanRightsDay, we are sending a clear message to artists: you are protected by human rights frameworks & you have the right to express yourself artistically in all spaces.

Artistic freedom is a #humanright.

📅 Join #Freemuse tomorrow to celebrate #HumanRightsDay with the online discussion organised by @youngacademy_ch on individual and collective actions against attacks on #humandignity. Including FM speaking about #artisticfreedom.
➡️ https://bit.ly/3DDQ8CQ 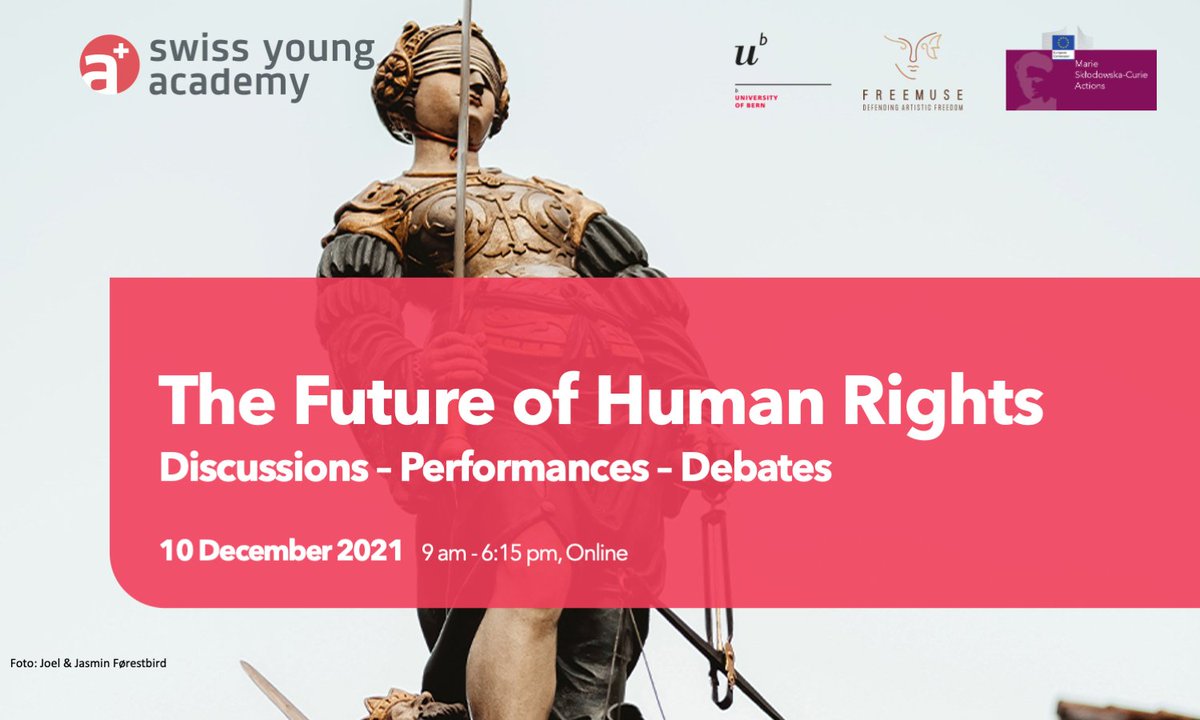 What are #opportunities and risks of #healthdata in terms of human rights?

How do #artists engage critically with the #challenges to human rights facing our societies?

GET TO KNOW THE #TUNISIAN PROJECTS SUPPORTED BY THE #SMALLCHANGESMINIGRANTS
Stay tuned to follow the #artists and their works on this journey! We will be sharing the artists work progress and video logs here.
#SmallChangesProject

#PS40 @Freemuse98 spoke about cultural rights in #Zimbabwe such as criminalization of artistic expression, censorship of #artists & artworks, harassment & intimidation of cultural actors.

GET TO KNOW THE #LEBANESE PROJECTS SUPPORTED BY THE #SMALLCHANGESMINIGRANTS and follow the #artists and their works on this journey.

Today, during #UPR #PS40 on Zimbabwe, @Freemuse98's Advocacy and Campaigns Coordinator @CollingsPaige will address concerning restrictions on #artisticfreedom in the country & spotlight key recommendations from the report with @NhimbeTrust

Freemuse and Nhimbe Trust have made a joint stakeholder submission to the Universal Periodic Review of Zimbabwe during ... 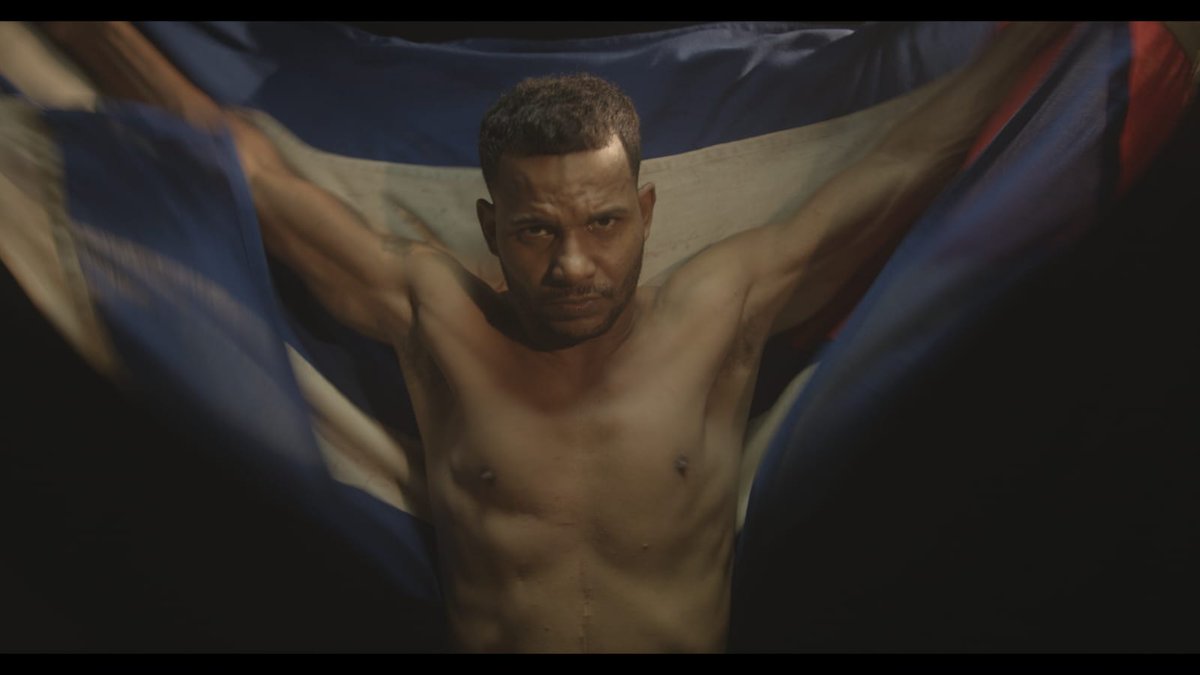 🔴 #tRAPped campaign: #rapper #DidierAlmagro is currently serving a three years sentence in a maximum-security prison for his political & artistic expressions in #Cuba. Join our call for his immediate release ➡️ https://bit.ly/3cXuuhC

Kurdish #musician #VeysiErmiş was sentenced to one year, six months and 20 days in prison for "doing propaganda for a terrorist organisation" in his #songs. The court suspended the sentence given the artist's clean record.
➡️

Turkey: Musician sentenced to one year and six months in prison for ‘doing propaganda for a terrorist organisation’ in his songs

Kurdish musician Veysi Ermiş was sentenced to one year and six months of imprisonment for "doing propaganda for a...