On the occasion of the International Day Against Racial Discrimination 21 March 2022, the UN Human Rights Office (ohchr.org), the UN Refugee Agency (unhcr.org) and the non-governmental organization Freemuse (freemuse.org) join forces to launch a contest for minority artists who have exposed, explored, and/or addressed matters relating to statelessness through their artwork. The contest is organized to support minority artists’ work on statelessness and to increase the visibility of their artwork, while raising awareness on the human rights of stateless individuals and groups belonging to minorities.

Minority artists are invited to submit up to five works of art related to statelessness, as well as to complete the information requested below.

The contest is adjudicated by a dedicated Judges Panel involving minority artists from various contexts worldwide, as well as involving the UN Special Rapporteur on Cultural Rights. The Panel will select three minority artists or art projects to receive non-hierachical awards.

Deadline for submissions is 21 June 2022. The award-winners will be announced on 4 November 2022, the 8th anniversary of the #IBelong Campaign to End Statelessness.

Discrimination, including on the grounds of minority status, religion or belief, age, gender identity or gender expression, disability, language, racial or ethnic origin, sex, sex characteristics or sexual orientation -- or a combination of these -- is one of the leading causes of statelessness. It is estimated that more than 75% of the world’s known stateless populations are members of minority groups.

Statelessness exacerbates barriers already faced by minorities and other disadvantaged groups. Women belonging to minorities may be further marginalized by gender-based discrimination in relation to their acquisition, change or retention of nationality and the conferral of nationality on their children. While nationality alone is not a cure for the stigmatization and discrimination faced by stateless minorities, it is generally crucial to the full and equal exercise of human rights and freedoms.

OHCHR and UNHCR jointly convened in October 2021 a Virtual Roundtable on Equality and Non-discrimination in Nationality Matters to End Statelessness. The outcome document of the October 2021 Roundtable, reflecting issues, concerns, good practices and recommendations emanating from the Roundtable is available at link.

The Minority Artists Awards on Statelessness are part of OHCHR and the UN system’s interest in deepening their engagement with art and artists as powerful actors in discourse and action on human rights. They also align with the celebration of the Thirtieth Anniversary events of the 1992 UN Declaration on Minorities and previous efforts by OHCHR to advance joint work with Freemuse and UNHCR in areas relating to minority rights.

Artists who self-identify as belonging to a minority in accordance with the 1992 UN Minorities Declaration are welcome to apply. All artworks with statelessness as a theme are eligible, including but not limited to photography, painting, video, installation, drawing, sculpture, dancing, music, etc. For practical reasons, electronic copies of the artwork(s) should be submitted in a digital format.

The OHCHR, UNHCR and Freemuse partners do not request the rights to the artwork(s). However, it will ask for (1) explicit affirmation from the artist that the partners are enabled to profile the artists and use the virtual presentation of the artwork(s) in public specifically in connection with the contest and its promotion; and (2) that the partners will not return copies of any works submitted.

When applying to the award, entrants should submit a short biography (including on their minority background), a paragraph describing their approach to/and or vision of a world without statelessness, and a selection of up to 5 pieces of their artwork that relate to these themes.

When reviewing the entrant artists and their artwork, criteria to be discussed by the Judges Panel may include, but are not limited to:

The above-mentioned criteria are not exhaustive. Specific award-winners may not meet all of these criteria. 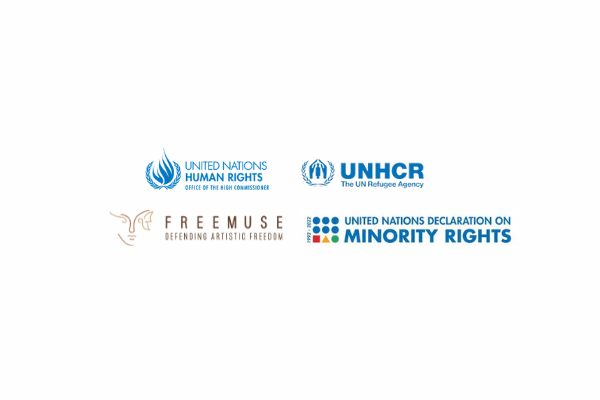