According to Freemuse sources, Palestinian choreographer and dancer Ata Khattab was released on 6 March 2022. 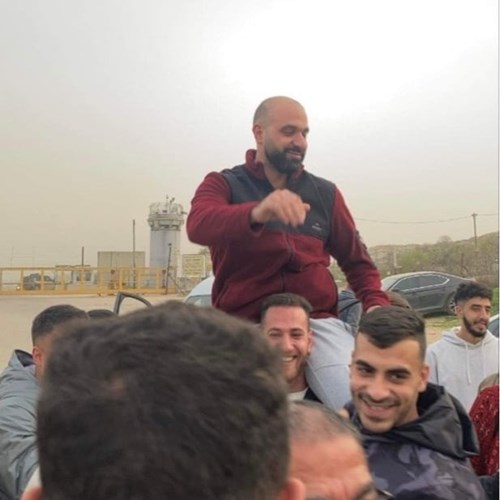 On 2 February 2021, Israeli forces in the Occupied Palestinian Territories raided Ata’s house and proceeded to arrest him without explaining the reason. Following his arrest, Ata was moved to the Al-Mascoubiyya Detention center, where he was prohibited from meeting with his lawyer for an entire week. He has been repeatedly denied access to legal aid throughout the period of his detention.

Palestinian prisoners are reportedly subjected to dismal conditions by the Israeli forces. Ata’s health and safety have also been severely endangered, and he contracted COVID-19 during his interrogation.

Ata is unable to create and share his art. He cannot participate in cultural and artistic activities. This arbitrary arrest and detention have a grave impact on his freedom of artistic expression, as well as his fundamental political and cultural rights laid down under international law, which Israel is obliged to uphold. Stand in solidarity against the silencing of artistic voices and join our call for the immediate release of Ata by signing this petition.

This petition has been sponsored by :