June 2018: Three cases of prosecution in Egypt, Zambia and Turkey

Galal El-Behairy’s sentencing has been postponed for 28 July 2018. Freemuse has learned that while the charges against him in military court are related to the publication of his latest book of poetry, the book has not yet been published, but had only been printed and had all permissions in order for its release.

On 27 June 2018, the poet was expected to hear his verdict in military court over charges of “spreading false news” and “insulting the army” in relation to the release of his latest book of poetry “The Finest Women 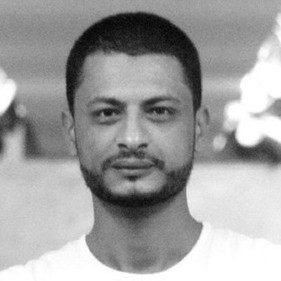 on Earth”. Both sentences carry a two-year and three-year prison term respectively.

Notably, the poet is also facing charges regarding the use of his lyrics in a song by Egyptian musician Ramy Essam, due to claims that the song is insulting to the Islamic faith and the current Egyptian administration. There is currently an arrest warrant issued for Essam by Egyptian authorities.

Initially scheduled for sentencing on 9 May, Galal was allegedly arrested on 3 March 2018 and had not been seen or heard from for several days. When the poet reappeared on 10 March in order to stand before state prosecution, he allegedly showed signs of physical torture.

In a statement issued by Freemuse on 17 May, one day following Galal’s first rescheduled sentencing date, Freemuse Executive Director Dr Srirak Plipat explained that Egypt’s decision to utilize a military court for the artist’s proceedings “speaks volumes about the freedom of artistic expression”, referencing the fact that, according to international human rights standards, “civilians must not be tried in military courts”.

Unfortunately, Galal’s circumstances are not at all unique within the context of being an artist in Egypt. According to Freemuse’s The State of Artistic Freedom 2018, Egypt ranked number one as having prosecuted the greatest number of artists within 2017.

While detained, Galal shared a poem from Tora Prison in Cairo. You can read the full work here. 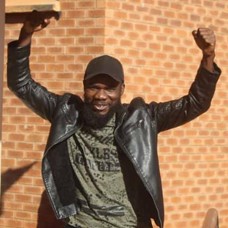 The trial for musician and activist Chama Fumba, popularly known as Pilato, has been adjourned until 10 August 2018 for further hearing.

On 25 June 2018, Pilato stood trial at Lusaka Magistrate Court regarding charges related to his participation in a peaceful protest in September 2017. The musician was arrested on 16 May 2018 upon arrival at Zambia’s Kenneth Kaunda International Airport in capital city Lusaka after he was forced to leave his home country on 5 January due to death threats over his new song Koswe Mumpoto (Rat in the Pot), which is said to criticise Zambian President Edgar Lungu, according to Amnesty International. The artist remained in detention until 21 May when he was finally able to make bail of 30,000 kwacha (2,480 euros).

Turkish anti-narcotics police detained rappers Ezhel (real name Ömer Sercan İpekçioğlu), Khontkar (real name of Onur Dinç) and Young Bego within days of each other in late May 2018, accusing them of promoting drug use through their lyrics. Ezhel, one of Turkey’s most popular and influential rappers whose lyrics are often about the ghettos of his native city of Ankara, was indicted on charges of “inciting and encouraging drug use” through his lyrics by the 44th Criminal Court of First Instance on 5 June 2018. Freemuse calls for the detained rappers to be released and for their charges to be dropped.

Freemuse Executive Director Srirak Plipat took part in a panel during the 8th edition of the European Forum on Music held in Oslo, Norway on 7-10 June 2018. Plipat spoke in a panel that explored the question of what is the future of Europe’s musical roots discussing freedom of expression and how everyone wants and needs to be able to express themselves freely. Plipat shared the panel with Iranian black metal musician Sina Winter, SafeMUSE Project Director Jan Lothe Eriksen, and UNESCO Expert on freedom of artistic expression Sara Whyatt.