Freemuse calls for the immediate release of Shahidul Alam

Alam was charged under section 57 of the Information Communication and Technology Act, which criminalises several forms of artistic expression on electronic platforms. He will remain in custody until at least 11 September 2018 when his bail application is expected to be heard in court. He has allegedly been tortured while in custody.

On 31 July 2018, an Israeli court sentenced Palestinian poet Dareen Tatour to five months in jail on the charge of inciting terrorism and supporting Palestinian armed group Islamic Jihad, which is considered a terrorist group by the Israeli government. Tatour, who is an Israeli citizen, was sentenced after serving nearly three years under house arrest.

Her charges relate to three social media posts, one of which is a video of Palestinians in conflict with Israeli troops, with a voice-over of Tatour reading her poem Qawim ya sha’abi, qawimhum (Resist, my people, resist them). Another post included a photo of a Palestinian woman who was shot and wounded by Israeli police after she brandished a knife. The photo was captioned with the words: “I am the next martyr”.

Freemuse continues to call for Dareen Tatour to be released.

Egyptian poet Galal El-Behairy was sentenced to three years in jail and fined 10,000 Egyptian pounds (480 euros) on 31 July for “publishing false news” and “insulting the army” through his poetry.

The charges relate to the publication of his latest anthology, The Finest Women on Earth. El-Behairy was arrested in March and detained for 150 days before being sentenced in an Egyptian military court.

The poet is also facing a civil case related to his lyrics being used in a song by Egyptian musician Ramy Essam, who himself has a warrant for his arrest in

absentia over the song and accompanying video. In this case, the artists are accused of insulting Islam and the current administration.

Freemuse and the international human rights community continue to protest El-Behairy’s imprisonment, which is a violation of his right to freedom of expression.

Listen to the Silenced: The State of Artistic Freedom in Europe
4 September 2018, Brussels 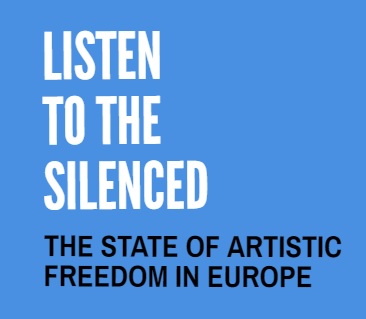 Co-organised by Culture Action Europe and hosted by Member of the European Parliament Julie Ward (S&D), this event is based on Freemuse’s The State of Artistic Freedom report 2018, which exposes how freedom of expression of artists and art communities are being violated in Europe at an alarming scale.

The debate will present arguments for why and how Europe must do more to protect artistic freedom. Panelists will include policy and decision makers and representatives from the arts community: President of EESC Luca Jahier; Executive Director of Freemuse Srirak Plipat; curator of The Beast and the Sovereign Iris Dressler; Vladan Joler, Social media battlefield, arrests & detentions; Culture Action Europe  board member Yamam Al-Zubaidi; MEP Julie Ward; Sarah Sommer from Network of European Foundations; Director of Liaison Office in Brussels and Representative to the European Institutions at UNESCO Paolo Fontani; and Secretary General of Culture Action Europe Tere Badia.

The Fundamental Rights Forum will bring together leading European and global agents for change from diverse walks of life, including high-level representatives of all major international and regional human rights organisations. Many hail from areas not normally found in traditional human rights events such as the world of arts, sports and business.

On Wednesday 26 September 2018 Freemuse Executive Director Srirak Plipat will be a part of the panel titled Preach What You Practice: How professionals in the field of music, from scholars and therapists to teachers and performers, can improve their communication about fundamental rights.

Freemuse, together with SafeMuse, will hold an event during WOMEX, the biggest World Music Expo and conference. The event is titled Music is not free: Artist’s role in the social and political change and will be chaired by Freemuse executive director Srirak Plipat and SafeMuse project manager Jan Lothe Eriksen.

WOMEX is a one-of-a-kind event to meet and network with the key players of the global music community. Interact with over 2,600 industry professionals from more than 90 countries representing 1400 companies, over 950 event promoters, 540+ labels, publishers and distributors. Attend more than 30 conferences & mentoring sessions, learn from more than 60 expert speakers, and watch 60+ exclusive live music and club showcases.