Artsfreedom newsletter: The intentional destruction of the living arts 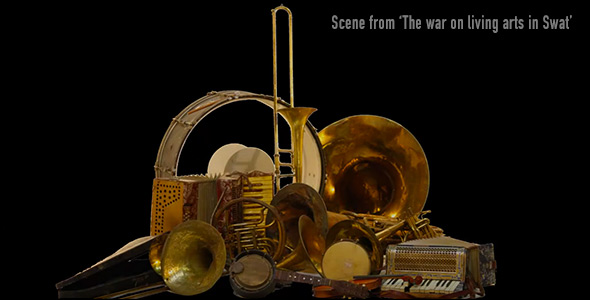 The intentional destruction of the living arts needs to be addressed

The intentional destruction of cultural heritage is a human rights issue. On 27 September, the International Criminal Court (ICC) found Mr Ahmad al-Faqi al-Mahdi guilty as a co-perpetrator of the war crime “consisting in intentionally directing attacks against religious and historic buildings in Timbuktu, Mali, in June and July 2012”. The Chamber sentenced Mr al-Mahdi to nine years imprisonment. By striking at their most meaningful religious sites, al-Mahdi participated in “a war activity aimed at breaking the soul of the people”, said presiding Judge Raul Pangalangan.

In her recent report on “intentional destruction of cultural heritage” the UN Special Rapporteur in the field of Cultural Rights, Karima Bennoune, calls for “national and international mechanisms to prevent such destruction, hold those accountable who have caused the destruction and support and protect those who defend cultural heritage.”

This is also the focus of a side event titled ‘Time to end intentional destruction of cultural heritage: a human rights call to action’ on Thursday 27 October 2016 in the UN headquarters in New York.

Bennoune notes that cultural heritage is not limited to tangible objects like buildings or ruins, but applies to intangible works that include works of artistic expression as well:

“Cultural heritage is a broader concept which does not rest upon one agreed definition: it includes tangible heritage composed of sites, structures and remains of archaeological, historical, religious, cultural or aesthetic value, as well as intangible heritage comprising traditions, customs and practices, vernacular or other languages, forms of artistic expression and folklore.”

A high-level UNESCO/European Union meeting in Brussels in June 2016 entitled ‘#Unite4Heritage. Cultural Diversity under Attack: Protecting Heritage for Peace’ mainly focussed on heritage in the shape of buildings, documents and sites. Freemuse was invited to briefly address the destruction of the living arts.

Sites and monuments are no doubt of great symbolic value and important for people, but the intentional destruction of the living arts, such as music and the long-term effects of this, needs to be addressed much more systematically by the UN, the EU and international development agencies.

Restoration programmes must include support to those artists and cultural institutions that have been severely affected by terrorists and internal conflicts.

The first ever Freemuse report from 2001, ‘Can you stop the birds singing?’ pointed out: “When music is banned the very soul of a culture is being strangled. Ban a music culture for a decade and a whole generation grows up without an essential cultural reference.”

Soon after the conflict emerged in Northern Mali, Freemuse in 2013 published the book, ‘Music, Culture and Conflict in Mali’, which documented severe attacks on musicians and citizens’ access to music.

The International Criminal Court (ICC), in its trial against Mr al-Mahdi, could also have used the opportunity to address the intentional destruction of intangible culture in Mali.

Another country that has suffered from the intentional destruction of intangible culture is Pakistan. Unfortunately, Pakistan is not a state party to the Rome Statute of the International Criminal Court; otherwise, it would be obvious to address the intentional destruction of music cultures in northern Pakistan as documented in two Freemuse reports:

• Study on Effects of War and Repression of Musicians, Performers and the Public of Swat, Pakistan.

Freemuse report on the effects of terror

Recently, the Office of the High Commissioner for Human Rights made a call to provide contributions related to best practices and major challenges in addressing the negative effects of terrorism on the enjoyment of human rights, particularly to the right to life, liberty and security of the person.

Based on examples collated for more than a decade Freemuse has contributed to the call by submitting a 12-page report revealing how terrorism has affected and damaged cultural industries and freedom of artistic expressions on several continents over the past 20 years.

It is our hope that relevant UN bodies, the EU and development agencies will study the report and initiate necessary in-depth studies of the negative effects of intentional destruction of the living arts, including those made by States abusing terror legislations.

The Freemuse report concludes, “artistic freedom and citizens’ access to participate in cultural life has been severely damaged in the past decades in the light of internal conflicts and terrorism.”

When terrorists target the arts, the global community suffers. The Freemuse submission includes 10 recommendations to the UN and international community, including:

• Support to organisations documenting and monitoring violations on artistic freedom;

• The UN Human Rights Council should host a hearing on terror and artistic freedom; and

• Inspired by the ‘UN Action Plan on the Safety of Journalists and the Issue of Impunity’, UNESCO should develop an action plan in collaboration with the artistic civil society to secure artists’ safety.

Freemuse will continue to document and monitor intentional destruction of the living arts, and generate greater awareness of the nature and effects of these destructions.

→ Summary of the Judgment and Sentence in the case of The Prosecutor v. Ahmad Al Faqi Al Mahdi

→ Freemuse report on the effects of terror on arts and culture

→ ‘Music, Culture and Conflict in Mali’

→ ‘Study on Effects of War and Repression of Musicians, Performers and the Public of Swat, Pakistan’

→ ‘Can you Stop the Birds Singing?’ – Freemuse report on censorship of music in Afghanistan, May 2001

→ UN Special Rapporteur report: The intentional destruction of cultural heritage as a violation of human rights