Artsfreedom Newsletter no. 3: Censors of Creativity 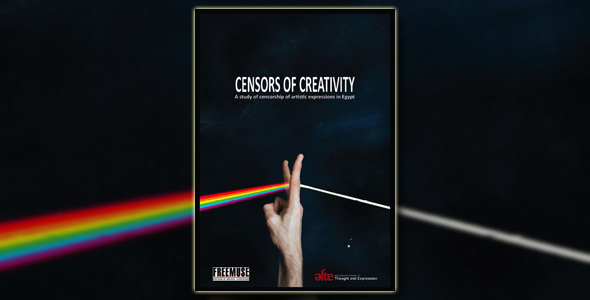 Egypt should abolish censorship of the arts

AFTE and Freemuse publish an extensive study on censorship of artistic expression in Egypt. The 84-page report ‘Censors of Creativity’ reveals that the Egyptian government needs to reform the current legislative and institutional apparatus of censorship.

In general, Egyptian laws do not guarantee freedom of religious expression. The Egyptian authorities justify the censorship of works of art that address any of these three topics “politics, religion and sex” by citing the need to protect the public order, public morals, and the higher interests of the state.

‘Censors of Creativity’ explores the primary legislative and institutional restrictions on freedom of artistic expression in Egypt and analyses the legal framework governing the censorship of artistic works and the standards used by the various censorship bodies in the course of their work.

The study provides a number of recommendations to restructure the censorship apparatus and replace it with another system based on different criteria, such as an age-appropriate classification of artistic works that does not infringe on the content of the work or impose a specific point of view on its creator.

AFTE – The Association of Freedom of Thought and Expression and Freemuse initiated the study in October 2013. According to the study despite the passing of successive regimes and governments, a common political will persists that rejects artistic freedom—ostensibly to protect the public order, public morals, and the higher interests of the state —without consideration for the catastrophic impact that censorship has had on the development of culture in Egypt, both in terms of the restrictions on artistic freedom and the repercussions for the culture industry.  ‘Censors of creativity’ includes testimonies from artists, who experience complex censorship practices in their daily work.

The legal study forms the background to the AFTE-Freemuse submission to United Nations Universal Periodic Review in March 2014. The Egyptian government will be reviewed in Geneva in October 2014.

The study has been supported by The Norwegian Ministry of Foreign Affairs.