Four years ago a nationwide uprising swept through Syria. The deadlocked conflict has cost an estimated 200,000 lives and forced millions of people from their homes. Many artists were in the forefront of the revolution in 2011. As a result some were killed, others abducted, detained and tortured. Hundreds left the country in fear of retaliation, others because of the horror of armed conflict and terror bombing.  INSIGHT  presents a list of Syrian artists killed, detained or missing, and an article on Syrian art in exile.

The  INSIGHT  list has been compiled by Mohammad Dibo, current editor-in-chief of SyriaUntold, an independent digital media project with a team of Syrian writers, journalists, programmers and designers living in the country and abroad trying to highlight the narrative of the Syrian revolution.

Dibo’s latest work is an autobiographical book, ‘Like He Who Witnesses His Own Death’, about his experience in prison during the early days of the Syrian uprising.

Bassel Shehadeh was a Syrian filmmaker and computer engineer. He was one of the first participants in the revolution. Shehadeh was arrested in a crackdown on the artists’ and intellectuals’ demonstration on 13 June 2011. Shehadeh was killed during a government assault on the neighborhood of al-Safsafa in Homs.

Wael Qastun was a Syrian sculptor from Marmarita, Homs, focused on women and contemporary women’s issues. On 24 June 2014, Qastun was killed under torture in the military security branch in Homs. His family were asked to pick up his body from the military hospital of Homs. 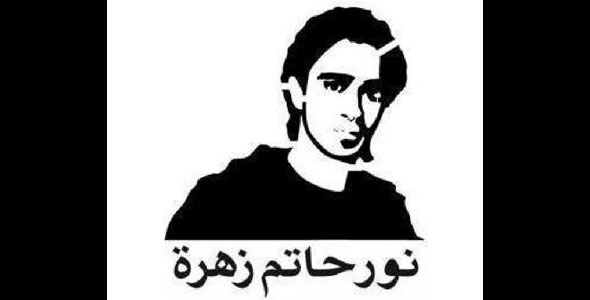 Adnan Zira’I, an actor and writer famous for the ‘Spray Man’ skit, an episode of the sketch-comedy show Buq’at Daw (Spotlight), continues to be detained. The episode aired on state television before 2011, sparked a wave of spray men and women, who sprayed slogans of freedom on the walls during the Syrian revolution.

Legally, Adnan Zira’i, who has not been officially charged with any crime, should have been released on 26 April 2012. Nevertheless, he continues to be held in Kafr Sousa to this day. Furthermore, there is reliable evidence of torture against Zira’i, according to testimonies of inmates who were with him.

» See the list and read the article:
Syrian artists standing against tyranny

INSIGHT  has requested Donatella Della Ratta to present an overview of art and art activism in Syria. A Postdoctoral Fellow, Donatella has followed Syrian street art and street activism for several years. Today her work revolves around the politics of Syrian media industry, particularly tv drama.

She writes: “If there is a place where using the word “revolution” in the context of Syria does not result in endless and highly heated conversations, that is in arts and culture.

Unlike politics – a slippery slope terrain where the 2011 Syrian uprising against Bashar al-Asad can take unexpected shapes and be easily turned into a “foreign conspiracy” or a “civil war” – the domain of contemporary Syrian cultural production seems to be deemed, unanimously, the one and only where an actual “revolution” is in the making.” 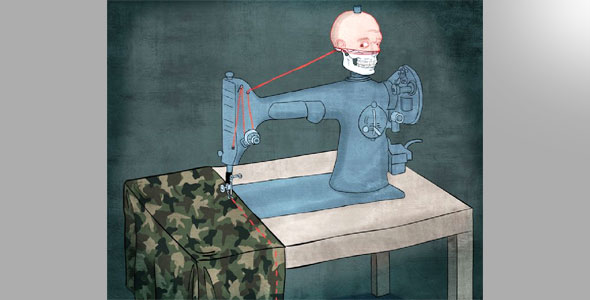 As an effect of the war many Syrian artists have recreated small communities, either through social networking sites or in real places. According to the writer Berlin and Beirut are probably, right now, the most vibrant sites for Syrian contemporary art to happen, and for Syrian artists to gather. Especially Beirut, being so close – geographically and, to some extents, culturally – to Syria, is experiencing a boom of community-gatherings, exhibitions, public talks and private meetings revolving around Syrian art.


» Read the article by Donatella Della Ratta:
The Syrian uprising – Art in the diaspora

The article is a follow up to the presentation that Della Ratta made at the world conference ‘All that I banned is desired’ in 2012. Watch the session, which included a presentation of arts in resistance in Tunisia: 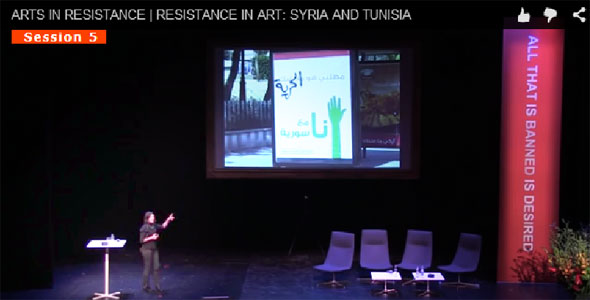 Welcome to a Syria edition of  INSIGHT

Syria: Cartoonist attacked allegedly over satirical artwork of a politician