Satirist Shady Abu Zaid was released from prison after two years of detention for alleged “spreading fake news” and “joining a terrorist group”.

Ukrainian authorities initiated a travel ban against 11 Russian artists after they entered and performed in the occupied territory of Crimea.

Interview with Oliver Ma, a Hong Kong based street artist

On 22 May, artist Oliver Ma was released after being arrested in Hong Kong a day earlier, over his performance during which he sang "Glory to Hong Kong".

Lebanese composer Samir Sfeir was released after being detained by the Saudi Arabia authorities since April 2021 for his political opinions.

Music
Belarus: Drummer sentenced to six years in prison over participation in protests

Belarus: Drummer sentenced to six years in prison over participation in protests

The Maskouski district Court in Minsk sentenced drummer Aliaksei Sanchuk to six years in prison for performing during opposition protests.

The Freemuse digital toolkit explores the digital rights which protect artists online, provides a guide for what to do when the human rights to artistic freedom have been violated, and outlines good practices in the digital space.

To best adapt this toolkit to the MENA region, the Small Changes Project team organised a focus group with local Lebanese artists who emphasised the importance of digital security literacy.
Thank you, #GhadaZoughby #NicolasTawk #PetramChalach, for your valuable recommendations and feedback!

Follow us to track the progress on the development of the MENA Digital Toolkit.

📧 For more information, please email us at: small.changes@freemuse.org

We are deeply concerned by the Faroese Minister of Culture’s, Jenis av Rana, once again, overruling and censorship of a film project that was already granted funding by the Faroese Film Fund. We first addressed the problem last December when Jenis av Rana also denied funding to the animated film “Skúla Scam" and we are shocked that this is happening again as it is an attack on artistic freedom. Especially when the denied funding is based on the minister’s personal interpretation of decency.

Now, once again this issue has risen concerning the project called "Sæla", by film director Katrin Joensen-Næs. "Sæla" circles around the theme of female sex addiction.

Also, the recurring political censorship obstructs the access of Faroese film production to foreign collaborations and funding opportunities because we, and other film colleagues, obviously, cannot collaborate with a system in risk of political interference.

It is, absolutely, essential to separate the funding systems for arts and culture: The funding consultants ought to freely be able to grant the funding, based on an artistic evaluation without political interference.

Once again, we experience that political interference in funding systems equals censorship and the risk of self-censorship of the artists. Unfortunately, this will lead to less diversity and quality in art and culture. The Faroe Islands has a strong and unique culture that deserves artistic freedom free from censorship.

As we value and fight for artistic freedom all over the world, we would like to discuss this further with the Faroese Minister of Culture’s, Jenis av Rana.

On 18 May 2021, rapper Maykel Castillo better known as Maykel Osorbo 349 was arbitrary detained by police officers and state security agents on his way to his home in Old Havana.

On 31 May, after the United Nations Committee against Enforced Disappearances demanded to the Cuban State to inform about Osorbo´s whereabouts as well as the charges against him, the Cuban government announced that the rapper has been held in prison and that on 24 May the Havana Provincial Tribunal issued a precautionary measure of provisional imprisonment against him under the charges of "disobedience and violence against an authority, resistance and contempt".

In an effort to best adapt #Freemuse's digital toolkit to the #MENA region, the #SmallChangesProject team organised a focus group with local #Lebanese artists who emphasised the importance of #digitalsecurity literacy.

📧 For more info, email us at: small.changes@freemuse.org

.#Rapper @MaykelOsorbo349 is in prison under the charges of disobedience and violence against an authority, resistance and contempt. Freemuse stands in solidarity with independent artists in #Cuba ‼
📢 https://bit.ly/2SgCMLg
#freeMaykelOsorbo #SosCuba #StandWithCuba

Interview with Oliver Ma, a #streetartist released in May 2021 after being arrested by the authorities in #HongKong over #signing "Glory to Hong Kong", an anthem of the pro-democracy movement.
➡️

On 22 May, artist Oliver Ma was released after being arrested in Hong Kong a day earlier, over his performance ...

For our Spanish speaking supporters 🔻

🔴Another Freemuse's session at @rightscon tomorrow at 3 PM CET will discuss the global threat of anti-terror legislation to #artisticfreedom and how it is silencing #artisticexpression.
https://bit.ly/34XFrMF

Meet the participants of Freemuse's session at @rightscon focusing on #digitalcensorship and harassment of #LGBTI artists online.
https://bit.ly/34Vn2jq

Socially engaged poet Khet Thi died in detention of the #Myanmar military. Freemuse condemns the repression of civil liberties and #artisticexpression and stands in solidarity with #artists and #humanrights defenders in Myanmar: https://bit.ly/3auJEdX

In 2020 we registered that #women #artists were subject to arrest, prosecution, and imprisonment.
Visit #ReclaimingTheSpace campaign ➡️ https://bit.ly/3wQLZZh to explore the unique challenges they face in the arts and culture spaces #womensrights #artisticfreedom

. #musician İbrahim Tüzer was released from detention on 18 May 2021, after being arrested a day earlier for an individual #protest raising awareness about suicide of #musicians who have not been able to work due to COVID-19 pandemic measures.
.

Musician İbrahim Tüzer was released from detention after he was arrested a day earlier for an individual protest ...

📅 Freemuse will hold two sessions during @rightscon. This year, we will focus on the negative impact that counterterror measures have on #artisticexpression and discuss #digitalcensorship and harassment of #LGBTI artists online.
Read more ➡️ https://bit.ly/3wNZiK4
@accessnow

📢 #Freemuse is launching #ReclaimingTheSpace, a campaign to highlight the stories and experiences of #women in the #artsandculture space! ➡️https://bit.ly/34z0mFC

Freemuse is pleased to see that visual artist @LMOAlcantara was released from the hospital in #Cuba, where he spent almost a month!
#LuisManuelOteroAlcantara @Mov_sanisidro ⬇️ 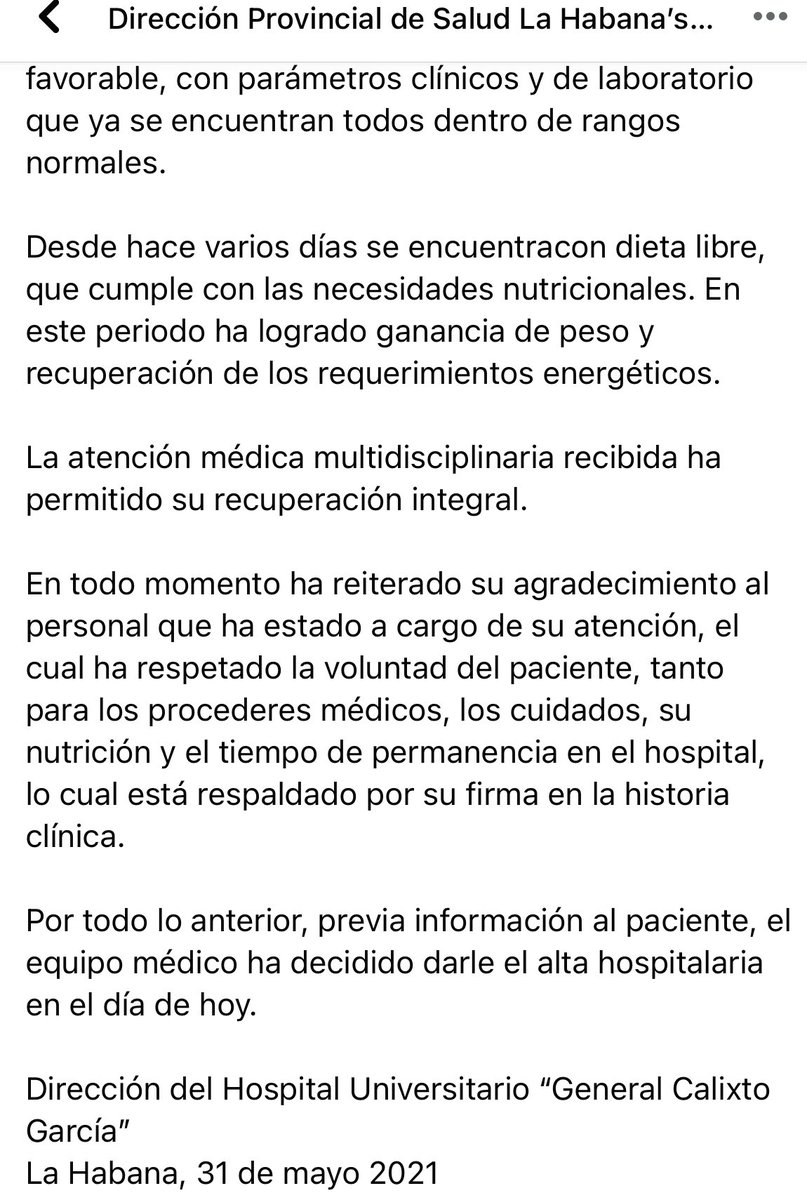 #Cuba Thanks to the overwhelming pressure from #humanrights organizations, governments, #artists & the media around the world, the regime had no choice but to release @LMOAlcantara from the hospital prison he has been forcefully confined since May 2
#Canada #sanisidro

What are the #SmallChangesProject Activities and how can you take part?
For more details, email us at small.changes@freemus.org